This NBA 2K League’s annual Tipoff tournament will be played on June 16–19, the league announced Monday.

The Tipoff customarily marks the beginning of the league season, but was pushed back this year due to the coronavirus pandemic. With the league announcing an extension of its remote gameplay format, the announcement of the Tipoff tournament—the first of three tournaments comprising the Banner Chain—soon followed.

UPDATE: The league unveiled more details, including the groups, for next week’s Tipoff tournament on Thursday. 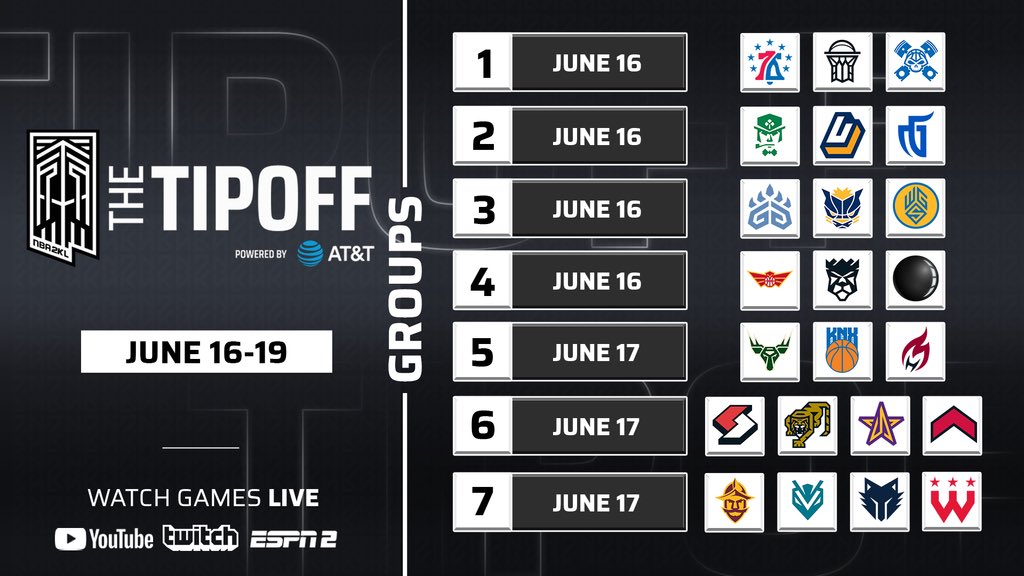 Each team will play four games during the group stage, with group winners plus one wild card entrant moving on to the knockout phase of the tournament. Each matchup during the knockout round will be in a best-of-three format, similar to the regular season.

76ers GC won the Tipoff Tournament in two consecutive seasons, but currently sits 0-6 at the bottom of the league standings. The runners-up haven’t had great seasons themselves: 2018 second-place finishers Blazer5 Gaming, with a record of 4-3, has more regular-season losses than in any previous season, while 2019 runners-up Celtics Crossover Gaming joins 76ers GC in the league basement with a record of 0-5.

The Ticket Tournament: Round Two Preview

FT Named Player of the Week for Week...